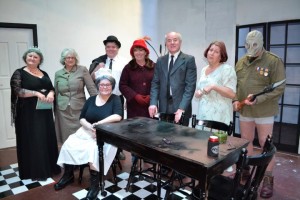 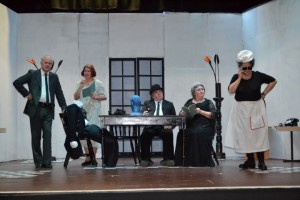 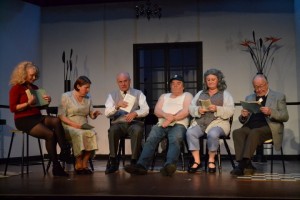 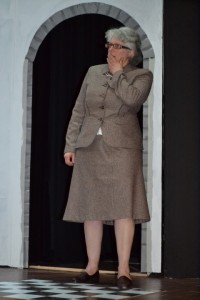 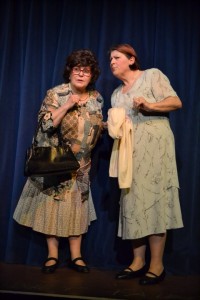 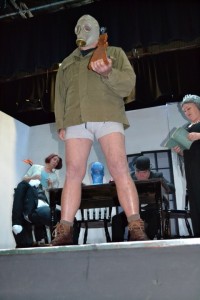 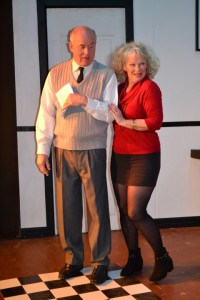 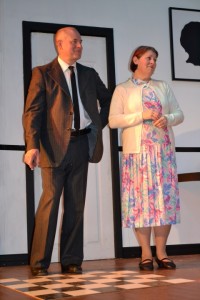 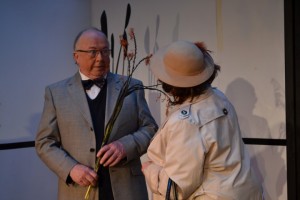 The stage play, Keeping Up Appearances, opens at the Bridgetown Theatre on Friday night and shows over two weekends. The specially written for the stage script is based on the long running popular television show of the same name, and is written by the show’s creator, Roy Clarke.

The show centres on Hyacinth Bucket, who insists that her surname is pronounced, Bouquet. Hyacinth is an obsessive and determined snobbish middle class woman who desperately and continually looks for opportunities to climb the social ladder by attempting to impress people and portray herself as more affluent than she. Hampering her attempts to appear refined are her decidedly lower class relatives, including her skin exposing, slobbish brother in law, a lascivious sister and a senile father.

The play is set in the local town hall, where the above characters are rehearsing a murder mystery. Emmet, the highly strung director and neighbour of Hyacinth is almost plotting to murder Hyacinth himself as she barrels around making peoples lives difficult thus providing many comic interactions for the audience.

Keeping Up Appearances is an enjoyable farce with our local cast portraying characters wonderfully. Director Rob Snelling has commented that there was much enthusiasm from members and the public to perform in this play and to see the play performed. I am sure that fans of the television show will enjoy this show, as will anyone else!